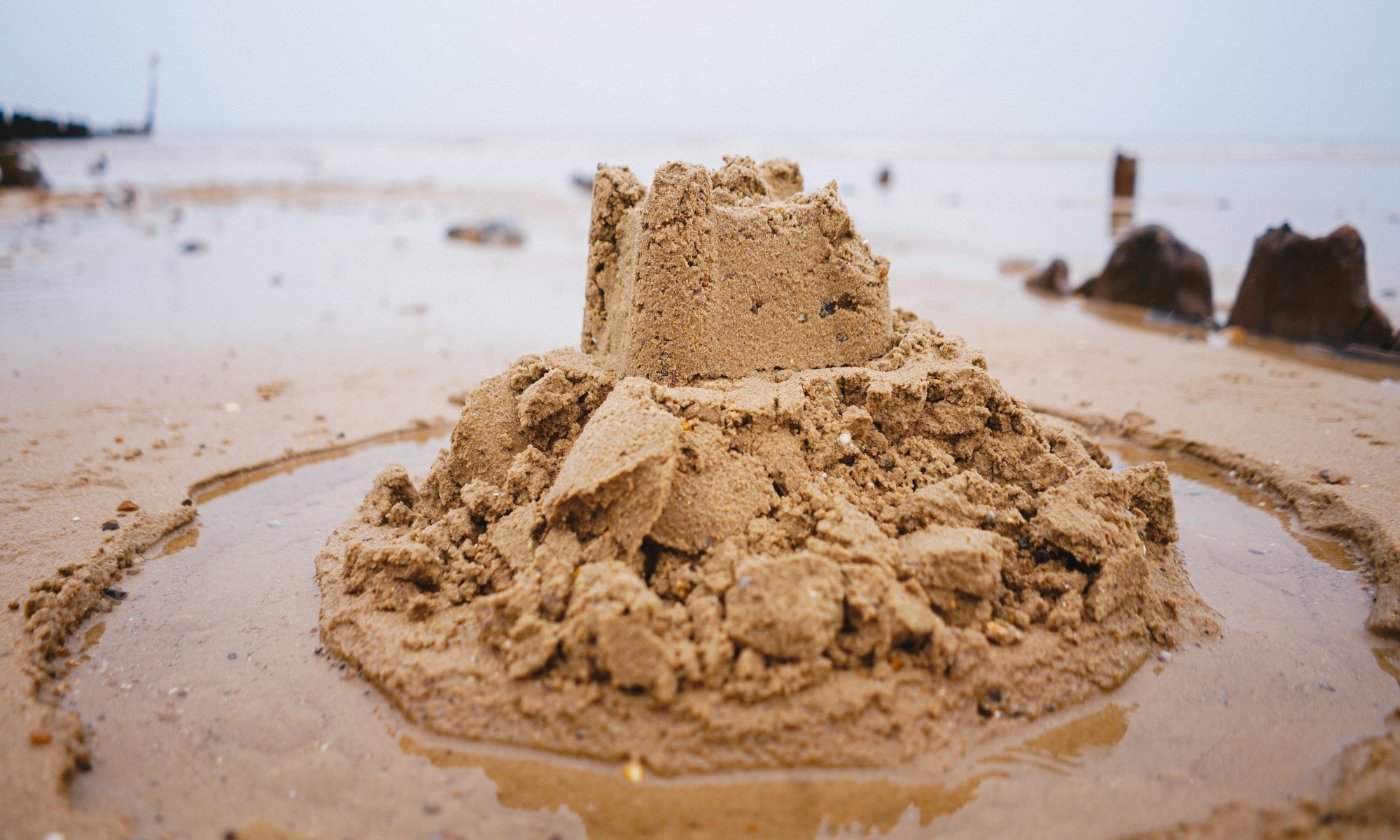 The beach was three hours away.

Really, it was a little over two hours, but when you factored in the number of stops required when traveling with a cacophony of children, all under the age of 13, it turned pretty quickly into a three hour trip.

It was the first time I’d been to the ocean. It was before we were six, before the baby, before I was one of the middle kids, when I was still one of the little kids.

You measure time in odd ways when you are growing up. There aren’t any good ways to measure it when everything is new and changing, and simultaneously, constant and eternal.

The water at Popham Beach is cold. The river flows through into the Atlantic, so the water is always moving and the temperatures are frigid, even for Maine.

The big boys went swimming, shrieking about the cold water, until Mom called them back to shore to sit on the sand until their fingers and toes turned pink again.

I waded, with my other brothers, and searched for seashells and sea glass in the sand and seaweed on the beach.

After a picnic lunch of sandwiches and sand, as the tide started to wander back in, all five of us collected our sand pails and plastic shovels and set about building a sand castle.

Built like the medieval castles in my big brothers’ history books, it had a keep, towering over the courtyards and stables and sheds and outer buildings. There were walls and watchtowers and turrets, decorated with mussel shells and polished driftwood sticks and smooth pebbles sifted out of the sand. There was a gate, which my oldest brother labored over for a long time, using wet sand and sticks and stones to sculpt the curved arch so it would stand upright. There was a moat, filled with so many pails of seawater that the sand around it became waterlogged and the moat actually held water for a few minutes at a time. There were flagpoles at the top of every tower, some with seaweed for the flag, and some with imaginary flags.

The big boys were the designers and architects, and they kept us little kids busy, running down to the ocean to fill pails of water and collect wet salty sand from the waterline for cementing the castle together.

The finished castle was fairly monolithic, even by adult standards, judging by the one photograph I found a few years ago. It was large enough for all five of us to sit behind for the photo, all wearing swimsuits and hoodies – Maine’s summer uniform – and happy smiles.

It was three hours home – a little over two hours, but with a cacophony of sleepy, sandy children, it turned into three hours pretty quickly. So we packed up in the middle of the afternoon, when there were still people coming and going on the beach.

One little girl – smaller than me – and her grandmother came down to the beach and claimed the space near us. The little girl had her own sand pail and shovel, and she worked on building her castle. She wanted to build a big castle like ours, but ours was hours of work with five of us, and she was only one.

When we were finishing up our packing, towels and seashells and sand pails and shovels and the lunch cooler and the hundred-and-one other things that go to the beach, my big brothers wandered over to the little girl and her grandmother, and invited her to move in to our castle.

We were leaving, and it was a very good castle, and the tide would wash it all away in a little while longer, and she could make it bigger if she wanted, and we would be happy if someone got to enjoy all our hard work.

I don’t remember anything about her. Not her hair, her swimsuit, nothing. But I remember, clearly, her smile.

The sand dollar is still in a tiny fishing tackle box with other tiny seashells I found that day. Every time I look at it – and often when I look at a normal dime – I remember that little girl and that sand castle.