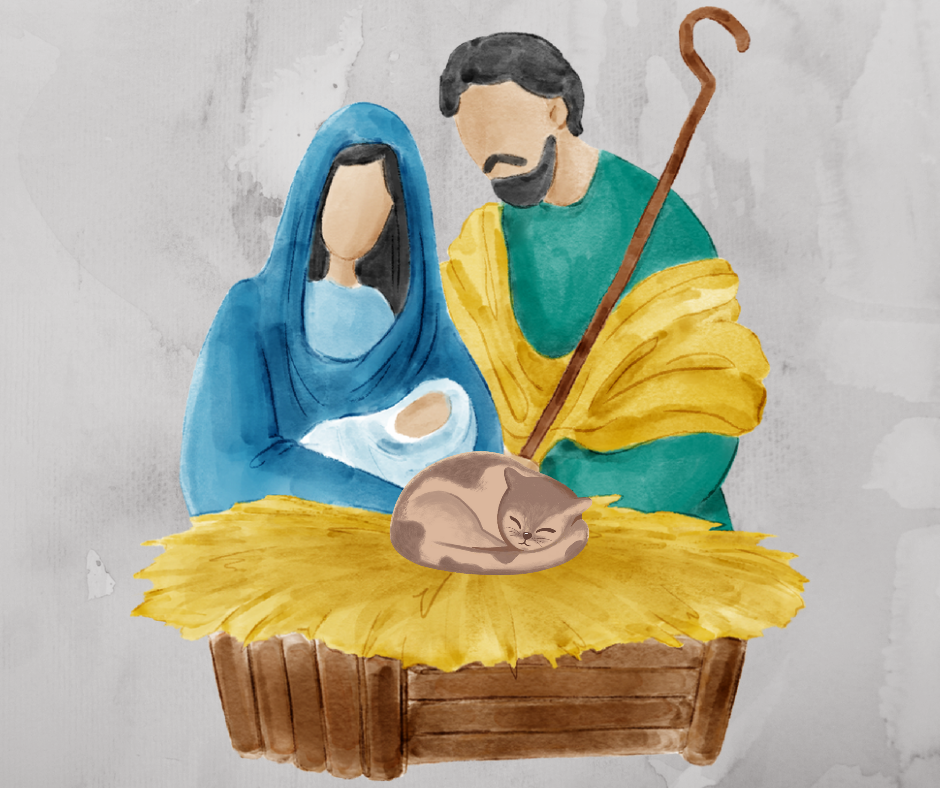 One night, a very long time ago, all the animals in the barn were awake late into the night.

They had a most unexpected visitor that night: a brand new baby. A special baby.

The animals tried to stay quiet, to let the baby and his exhausted parents sleep, but they talked amongst themselves as they nibbled and munched on the hay.

“I carried her all the way here,” the donkey said proudly. “I was so careful to make sure she was safe.”

“We gave up our stall,” the horses said, towering over the rest. “We made room for them here when no one else would.”

The chickens merely slept on the perch. The rooster would have his own boasts to make come dawn, but for now the hens tucked their heads under their wings and hummed a gentle lullaby.

“We gave the wool for the blankets the shepherds brought the Holy Child,” the sheep bleated. “We made sure he would be safe and warm.”

“When she needed help to feed him, we gave her milk,” the goats said. “And we haven’t jumped on top of the manger, not once.” They butted each other, unable to resist the urge to play, but the baby began to wake and they hushed themselves.

“I have chased away all the rats,” said the old shaggy dog from his place by the barn door. “And I am keeping watch over the baby all night.”

“What will you give to the Holy Child?” The dog asked the cat. “You have nothing to bring that has not already been given.”

The cat only purred. On quiet stealthy feet she danced to the manger where the newborn baby lay, restless and starting to fuss.

Lightly she leapt up into the hay and curled up on his soft woolen blanket, right against his side. A purr began, deep in her belly, and she blinked her eyes as the baby settled back into sleep, soothed by her warmth and the comfortable purr.

“I give myself,” the cat said softly.

2 Replies to “The Cat’s Christmas Gift”