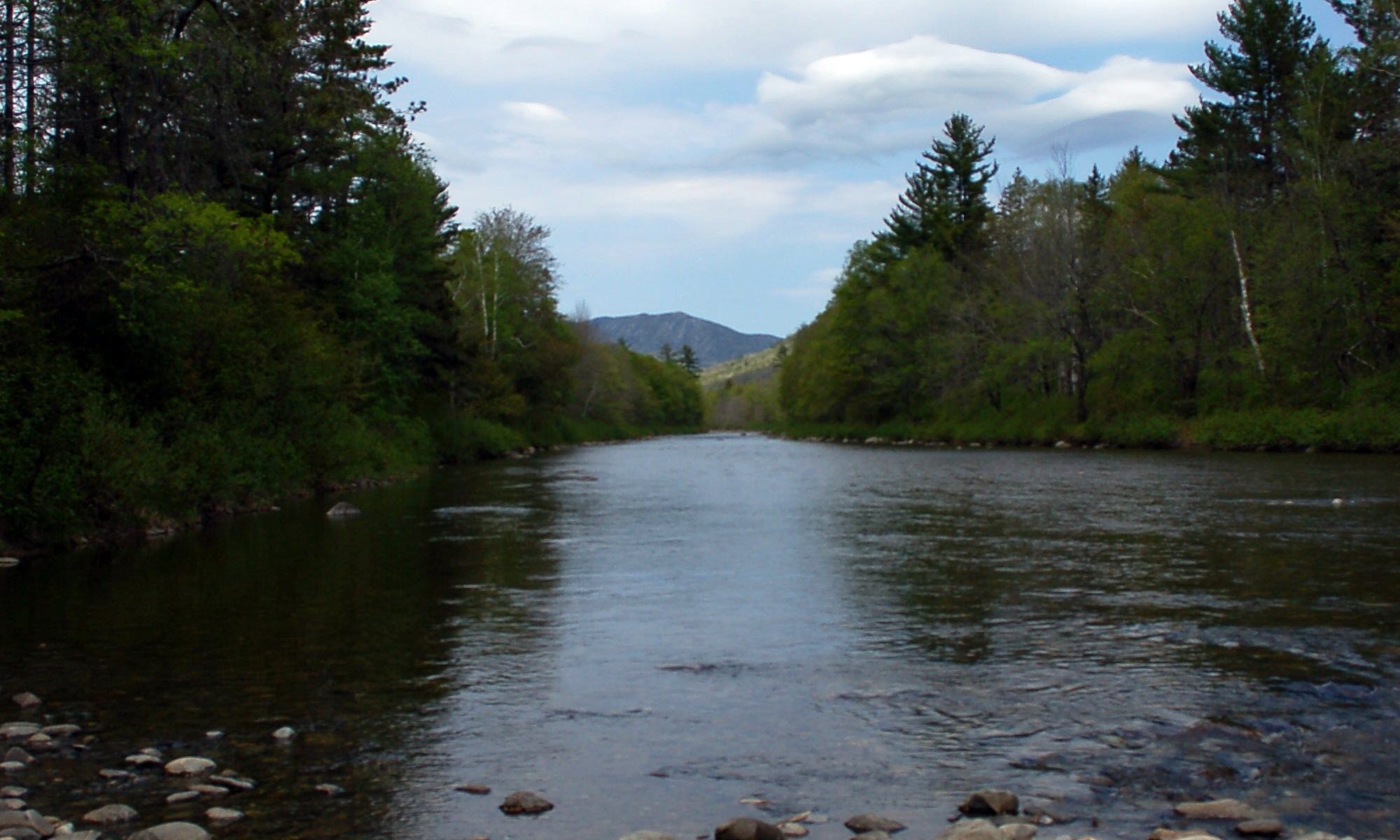 Earlier this week I had an Impromptu Rangeley Day. I needed to take some time away and had limited options, but I had a full tank of gas and the afternoon was free, so I grabbed my dog and we headed north.

Our first stop was the Maine Department of Transportation rest area on Route 27 in Carrabassett Valley. There’s a picnic area and bathroom facilities, and a tiny little trail that leads down to the river. This was my first visit this year; the rest area is closed during the winter months and opened in just the last few days.

The river water was pretty cold still. How do I know? I stepped in it and soaked my shoes, obviously. I was wearing the right shoes for it, so it was all good.

The entire trip was unexpected and I didn’t really have any structure. We headed up to Stratton and then through to Eustis, and stopped to take photos at Pines Market on Flagstaff Lake.

Flagstaff Lake is gorgeous, and one of the largest lakes in Maine; I have a love-hate relationship with it that I don’t entirely understand.

As a teenager I learned about the history of Flagstaff Lake. It is a man-made lake, created about seventy years ago when the Long Falls Dam was built, causing the Dead River to flood the valley. There were several small towns in the valley; the property was bought, many of the houses were moved, graveyards were exhumed and relocated, and the lake replaced the townships of Flagstaff, Bigelow, Carrying Place, and Dead River.

I’ve been told by local pilots that on a clear day they can still see the roofs of some of the houses under the water.

I know how strongly some people are bound to the land here in New England and I can imagine the grief of having to unearth more than a century of community history for the sake of a corporation.

I think in some ways the story of Flagstaff touches on my own grief and my own feelings of un-belonging. I have Native American ancestry, but I don’t know much more than that. Many of the records were destroyed when my great-grandmother Annie’s house burned down, and others were lost or obscured or forgotten about. I know that my ancestors lived in what I know as Maine and Canada, but I don’t know what tribes they belonged to and where they called home.

I often find myself standing in the woods, knowing that I know this place, and not understanding why or how. I feel invisible threads pulling me to the woods and the waters and the mountains, and I feel two conflicting things: I feel like I belong and that I know this place, and at the same time I feel like I am completely and entirely lost and that I don’t know where I am.

This spring I had the unexpected opportunity to listen to a man singing at the ocean. The words, the tune, and the rhythm were unfamiliar at first but as I sat on the rock and listened, I suddenly felt as though I knew what he was singing: he was singing about healing, and being, and part of the song was a prayer. I still couldn’t understand the words but I felt the same way I feel when I come home from a long time away and see my mountain for the first time; I felt like I was in a space where I belonged. It made me cry, sitting there on the rock.

When I think of Flagstaff and the villages that were destroyed, I remember my own history that holds so much that has been lost or destroyed or erased.

All of this was rattling around in my head while we were at the lake, so I decided to leave and head west to Quill Hill. It was my first trip there this year, and the day was lovely and I thought I would be able to get some good photos.

Quill Hill was created by Adrian Brochu. He engineered and designed the road up the mountain and the overlook at the summit, which gives 365 degree views of the entire Western Maine region. He also created the Ira Mountain overlook and picnic area.

I met Adrian once, while I was working on an article for the paper. He and I got to chatting and he asked about my writing. I explained that I write books as well as news articles, and he got excited for a moment. “Well,” he said, “I want someone to write a book about Quill Hill and Ira, and why I made them.”

I gave him my business card and he said he would get in touch in a few months when he was prepared to tell the whole story. He wanted to tell the story so his grandchildren would know it.

Adrian passed away a few months after our conversation. When I go to Quill Hill, I still wonder what stories he could have told me.

From Quill Hill we continued west into Rangeley. By that point I was pretty tired out and Cricket was getting a little warm, so we actually didn’t stay in Rangeley for long. We picked up snacks and headed south towards Smalls Falls, where I knew Cricket could get out and cool off and relax.

Smalls Falls is one of my favorite parts of a good Rangeley Day. Standing on the foot bridge over the river and listening to the water rush down the rocks into the pool is one of the most emotionally healing and cleansing experiences I’ve ever had and I always leave there feeling stronger and brighter.

There were people at the lower pool, so we crossed over the river and went up the other side to take photos of one of the upper pools.

On this Rangeley Day, which had started out so badly, I found a little bit of peace. I felt that I was part of this place and this place was part of me. When I got in the truck to drive, I felt like I was falling into a black hole in the universe. I didn’t know what else to do with myself, so I drove, and I took photos, and I tried not to think too much.

And by the end of my day I wasn’t anywhere near a black hole. I was here: in my world, where I belong.

It was an impromptu Rangeley Day but it was exactly what I needed.