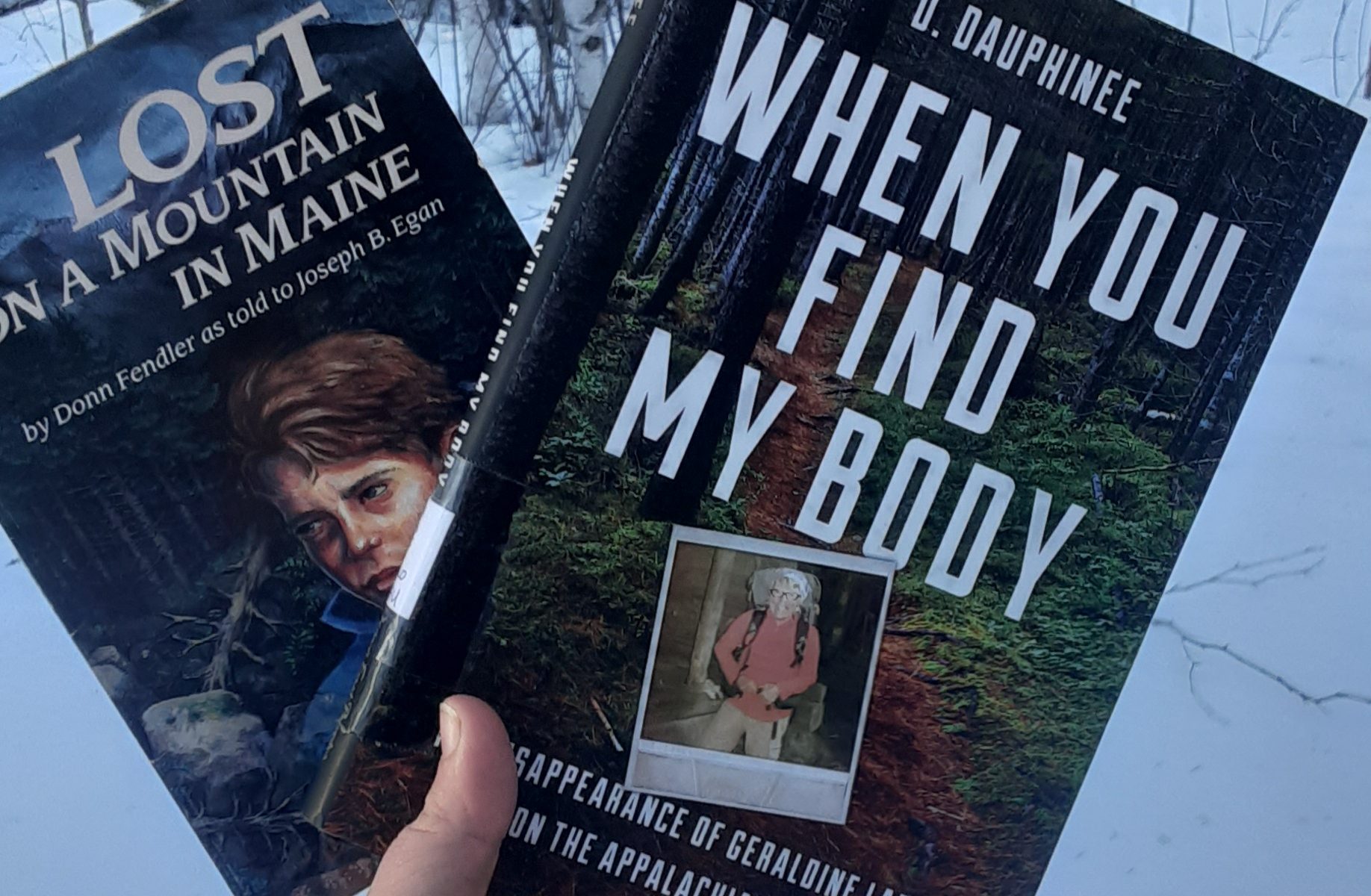 Reader Notes: a book review + quite a lot of rambling

When You Find My Body by D. Dauphinee, 5 out of 5 stars

This afternoon, huddled under the blankets as the temperature in my house slowly crept upwards following a power outage, I finished reading Dauphinee’s book.

When You Find My Body is the story of Gerry Largay and her disappearance on the Appalachian Trail in Maine, right in the heart of my communities. Published in 2019, this book weaves a story that I have heard about since the beginning, but with more information and details. It helps me complete the picture.

About the book itself: the storytelling and the narrative voice is engaging and compelling. Dauphinee understands something about humanity that can be hard to capture sometimes, and he shows it on the pages of this book: the community need for survival.

He paints a beautiful but unapologetic picture of the place I call home. While the story he tells is full of grief and sorrow, frustration and even anger, hope, courage, and compassion shine through. I definitely recommend this book and will be picking up a copy for my own shelves.

That’s my thoughts on the book itself. My reaction to the story, on the other hand, is kind of complicated. I think that’s one of the reasons it has taken me so long to read it. I picked it up before Christmas and am only now putting it down.

I grew up in a little village tucked at the foot of Mt. Abram – Mt. Abraham, I suppose, to people who aren’t locals. I live near most of Maine’s tallest mountains. My hometown is also 23 minutes to Sugarloaf Ski Mountain and one hour, 8 minutes to Saddleback Mountain. (This is assuming favorable weather conditions and no delays and I tend to give myself 30 minutes and one hour and 30 minutes, respectively, because I often have poor conditions and/or delays.)

I did not grow up skiing. Or snowboarding. In the winter we amused ourselves by hurtling down an icy dirt road, bouncing off the frozen plow bank as we turned a ninety-degree corner, and continuing on down the road until it leveled out and the plastic torpedo sleds scraped to a halt, often a few hundred feet past the bottom of the hill. (It is worth noting that in 20+ years and 14+ kids, there were only two broken bones associated with these winter activities.)

In the summer, we played outside. The woods were ours, and nothing could get in our way. We built forts and shelters, made campfires, foraged for nuts and berries and greens, swam in the pond and the river, caught sunfish and frogs, wandered through the small woods in the pasture, and scrambled up and down hills, cliffs, and shallow ravines.

My uncle took my older brother and I on a number of hiking trips when I was a pre-teen. With him, we learned to follow a trail, to pack basic survival items and a little more food and water than we needed, and to pace ourselves and not overexert. On one hike we ended up unavoidably delayed due to injury and ended up hiking in the dark down to the logging road, where my dad and our friends met us and drove us out. That time we learned the importance of flashlights, extra batteries, and a good communication system.

The most important lesson, however, was one I learned from reading, well before we began hiking. I don’t remember when I first met Donn in the pages of Lost On A Mountain In Maine, but I do remember the most important time I met him in person.

It was September 17, 2011, outside the Cole Transportation Museum in Bangor. I say it was the most important time because I actually met him multiple times in my life, but this one was different. I was fourteen, my life was complicated and messy, and I was scared stiff about meeting him. We had eaten peanut butter and jelly sandwiches in the suburban on the way to Bangor and I was regretting that as my nerves twisted up my insides. It was, as I would later realize, an anxiety attack.

Donn was incredibly sweet. He graciously signed the entire stack of books my mother handed him and talked with me the whole time. I don’t remember if my mother or I told him that I was a writer, but it came up, and we chatted about that. He mentioned something along the lines of, maybe someday he would see my name in print.

I think, all told, we talked for ten minutes. I remember feeling embarrassed that we were holding up the line, but I also remember that he made me feel calmer. Less scared.

The most important lesson I learned from his book was twofold: if you’re lost, stay where you are; if you have to move, follow the water. It will always take you home.

As a pre-teen, hiking Maine’s high peaks with my uncle and brother, those words stuck with me. Donn was my age, and my best friend’s age, when he got lost. For a while I heard that rule in a kid’s voice.

After I met Donn that day when I was 14, however, I always heard it in his voice: comfortable and warm and soothing. And I wish I could have told him that.

Reading through When You Find My Body over the last few months, I found myself comparing notes with everything I have learned. And the thing that hit me was, would it have helped if Gerry had Donn’s voice in the back of her mind, reminding her to stay put when she first realized she was lost? Or later, when she finally settled down and made her final camp near a small stream, if she’d known to follow the water?

I don’t know. I’ve never really been lost before, so I can’t fully imagine what it must feel like. I know that the human mind doesn’t always behave rationally and that panic can make it impossible to do something unfamiliar.

One of our first trips up Mt. Abram last fall when neither my dog or I were familiar with the trail, we had a moment when I thought we’d gone off the marked trail onto a deer path. I couldn’t find the next blaze and the trail was faint, narrow, and covered in leaves. Something deep in the pit of my stomach started to bubble up into panic for a second, making me want to run and find safety, and then I remembered the rule: if you’re lost, stay put. I took a breath, looked behind me and found the trail and blazes leading back the way we’d come, and realized we weren’t lost. A few more steps led us within sight of the next blaze ahead of us. The whole thing lasted for maybe fifteen seconds.

My biggest takeaway from When You Find My Body wasn’t the tragedy of the story or the pain of losing someone and not knowing what happened or the courage and dedication of those search teams. I got all of that, certainly. But the biggest thing I was left with was much more simple and maybe a bit silly:

Maybe it’s a good thing that I hear Donn in my head when I’m hiking.

I was able to spend a day with the Maine Search and Rescue Dogs group and the Maine Mounted Search and Rescue group last fall. I volunteered to be a subject for their training searches, and it was an incredible experience. I learned so much in those few hours and I would love to do it again.

But the thing that stuck with me the most from that day was one of the gentlemen who, when he learned where I was from, got a sad, sort of distant look in his eyes. “Oh, I’ve been there,” he said. “We were looking for Gerry.”