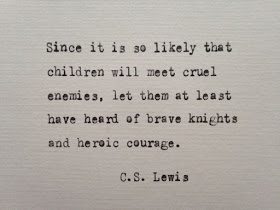 I wanted to republish one of my most popular blog posts in light of the state of the world today. This was originally published in February 2018 on my blog.

You’d be surprised how many times I get asked what my favorite book is. It’s on blog tour signups, it’s quizzes in my online groups, it’s just random questions. I usually have a hard time picking a favorite, but not with books. There’s always one I can give as an answer:

The Hobbit by J.R.R. Tolkien

The first time I walked into a hole in the ground, I was five. Maybe six. My dad read it aloud to me and my four brothers, and I was hooked for life.

See, I was a fearful little girl. I wanted to be brave and important and save the world, but I got scared by the shadows in my closet and bright lights and by people talking too loudly around me.

I learned about being wild from the boys I grew up with. They challenged me to jump off cliffs (literally), to climb trees (I am terrible at it), to run all out and not be scared of tripping and falling (I still have scars on my knees). They encouraged me to take a couple steps and throw myself out, trusting to the water to catch me and cradle me.

But there were some things they couldn’t do.

They couldn’t teach me not to be afraid of the darkness.

They couldn’t teach me about the dragons I would have to face.

We were only little kids, after all. They didn’t know about those things either.

I learned all that and more, and I almost lost myself in the middle of it.

By that point, The Hobbit movies were being filmed and everyone in my family was buzzing with excitement. I got out my book from the bottom of the stack on my bedside table – even during the time when I didn’t read it every six months, it never quite made it to the shelves – and I read it again.

I found myself inside the pages. I was Thorin, brave and loyal and proud. Too proud. I was Smaug, my own monster. I was Gollum, clutching to things I couldn’t keep.

Most importantly, I was Bilbo, small and afraid and unimportant.

But I learned something, and the movies helped me see it clearer.

I learned that even the small, seemingly unimportant ones are needed. I learned that sometimes what the world needs is a little more home. Sometimes it needs another pocket handkerchief.

The beauty of The Hobbit is that Bilbo doesn’t try to be Thorin or Gandalf or Beorn. Bilbo is simply himself, and that is enough. He becomes, over the course of the story, a better version of himself… but he is still himself. He is a hobbit. He likes his books and his armchair and clean handkerchiefs. Tea is at four.

I learned more about being from reading or listening to The Hobbit approximately 200 times in the last fifteen years than I ever learned in church or listening to sermons or preachers. I learned more about life, my own and life in general, from this little book than I have from almost anywhere else. I sometimes think this book saved my life. I don’t really know, but I do know that it has shaped me in ways I wouldn’t have thought possible.

I love C. S. Lewis’s quote on stories for children because it sums up my relationship with The Hobbit so well:

So if you ask me what my favorite book is, I might tell you the title of one I just finished… I might protest at having to pick favorites and how difficult the entire concept is… I might rattle off a list that’s three miles long… or I might tell you The Hobbit.