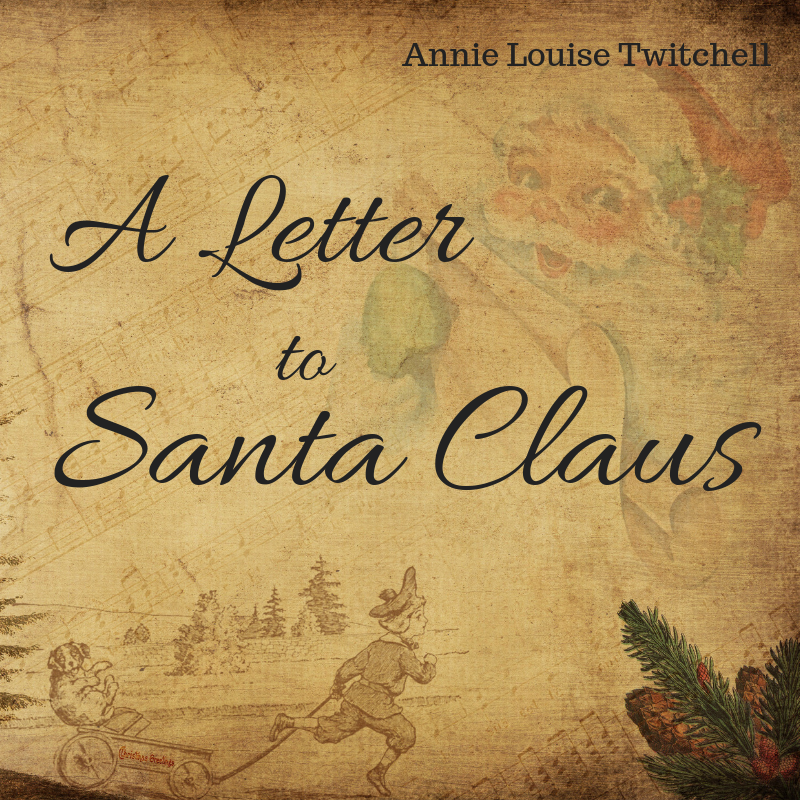 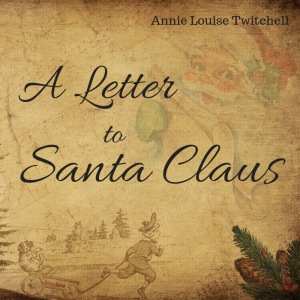 A short, fictional letter exchange I found myself toying with while I made lunch on November 29th. It was originally posted here.
~*~*~*~*~*~*~*~*~*~*~*~*~*~*~*~*~
Dear Santa Claus,
Hi. I don’t know if you remember me or not, but I’m Emily Grayson from Temple, Maine. It’s been a while since I’ve written a letter to you. I think the last time I did, I was eight. I’m almost thirteen now. But my town is hosting a Letters to Santa thing at the library and I’m stuck here while my mom reads Christmas books to a bunch of little kids, and I figured, what do I have to lose? Nothing.
Here’s the deal. Santa, I don’t think you’re real. I think you’re just a story, made up to keep kids happy. (And to make them behave.) My brother likes to talk about the numbers and how it’s impossible for you to do what they say you do, but the numbers aside:
My friend Carole didn’t get any presents last year. I’m not allowed to go to her house anymore because her father drinks and my parents don’t think it’s safe. I know Carole wrote to you last year, because I paid for the stamp on the letter. (She picked a stamp with your picture on it.) She said she asked for two things, but she only told me about one of them, a bike so she could come over to my house a lot more often.
She didn’t get her bike. And I don’t think she got the second wish either.
I don’t think you’re real, Santa. If you’re real, then why are there still wars and sick people and all that? For that matter, I don’t think God is real either. He’s supposed to love us. And you’re supposed to bring happiness. Well Santa, things aren’t so happy for Carole. Either you don’t exist, or you don’t care, or you failed at your job. And same goes for you too, God.
I’m tired of seeing Carole get disappointed. She’s always believed in you, Santa. She’s always trusted that you’ll make things better. And things are never better, and she gets sad, but then she says, “Maybe next year.” But next year isn’t ever different.
If you’re real, Santa, or God, or whoever reads this letter, you have to prove it. Carole’s address is 165 Meadow Lane in Temple. If you’re really real, give her the best Christmas ever.
Sincerely,

~*~*~*~*~*~*~*~*~*~*~*~*~*~*~*~*~
Dear Emily,
I received your letter. Thank you for writing about these concerns. You simply would not believe how many people just give up hoping, instead of trying to do something about it.
Emily Grayson, maybe I am just a story. But stories are mighty powerful things, young lady. Stories let us dream. Stories let us hope. Stories let us believe. And stories show us the light and good in the world.
In the end, Emily, that is what matters most. Love is even more powerful than stories, young lady, and when hearts are full of love, they light up the world. I know your parents might think you are too young to be worried about wars and death and darkness, but you see these things. They worry you. They worry me too, and all the other helpers.
You see, I am a helper. Humans are curious creatures, Emily. They can withstand impossible things, but if you take hope away from them, they fade away so fast that you wonder if they were ever there at all. As a helper, my job is to keep that spark of hope alive. You’ve seen it in your friend Carole. She always hopes that next year will be different. And it is because she hopes that she is so strong.
I am only one of a great many helpers. And I would like to invite you to be a helper, too. You see people. You care about them. You want things to be better for them.
Maybe you have all the proof you need.
With love,
Nicholas
P.S. — I will see what I can do for Carole.
Copyright 2018 by Annie Louise TwitchellImage from Pixabay