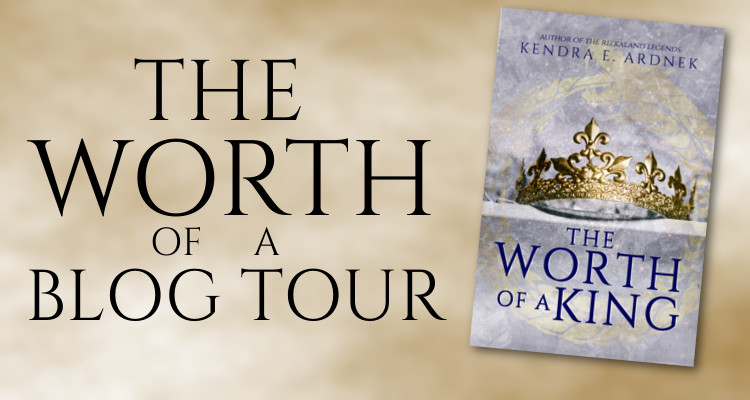 The Worth of a King Blog Tour 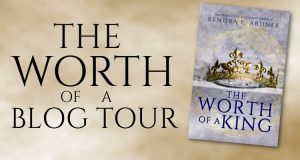 Okay, for starters, look at this cover: 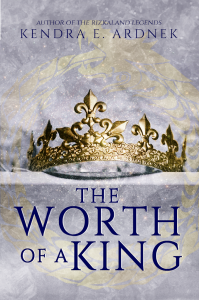 Isn’t it AMAZING? I’ve been watching this for a while now, just because of that cover. I didn’t end up with time to do a review of it, because I didn’t have time to read it, because I’ve been a little busy with my own novel, but I have a short excerpt to share with you!
{Book Description}

Princess Obsidia’s father was killed the night she was born. Since there was no male heir, the crown went to the man who killed him, by Dialcian law. This never bothered her, growing up, and when it comes time for Obsidia to choose her husband, she chooses Prince Delaney, the son of that man, with little hesitation. Only then does her life start crumbling around her.

Adrian expected to live a normal life, taking his father’s place at the print shop when his father retired. But, on his eighteenth birthday, when the princess’ engagement is announced, his world is ripped out from under him when he learns that his life was a ruse, and he is the twin brother to the princess – and expected to take back his father’s throne.
Delaney knows that his country is hovering on the brink of war – and that his father may harbor murderous intentions towards his intended bride due to her Zovordian blood. He wants nothing more than to protect Obsidia and his people, but as merely prince, he has little power against his father.
The ancient war between the Dragons and the Immortal King and Queen is nearing its climax, and the three are already caught in it.
{Excerpt}
IN his panic, Adrian forgot that there was a party outside. A party for his twin sister. Because their father had been killed the day they were born.
It was impossible. It was a bad dream. It had to be. Perhaps a practical joke taking advantage of how he shared a birthday with the princess. Yes, yes, that was all this was. It had to be.
“Oh, Adrian!” Christa’s voice cut into his thought. “You’re awake! Oh, if I had only stayed just a few minutes longer! How did you like the cake?”
Adrian swallowed. He’d not even taken a bite of the cake, and he couldn’t tell her that. “I liked it,” he answered instead. It wasn’t a lie. It was a cream cake and she had made it.
“Good.” She gave a satisfied nod and then narrowed her eyes. “Are you all right, Adrian?”
As Adrian floundered for an answer because no, he wasn’t all right, he felt a hand on his shoulder, and Jerolin answered for him. “Oh, it’s just finally set in for him that he has turned eighteen and his carefree childhood is over. I’m sure that you’ll understand next year when you have to leave childhood.”
Christa rocked back on her heels, her frown easing, but not disappearing entirely. “Oh.”
“And you know how grumpy he always is on his birthdays,” Jerolin continued. “It’s just going to be worse this year. You might want to give him some space. Just for today, that is. Come tomorrow, everything should be back to normal.”
Normal? How could Jerolin say that? So flippantly, too. Things wouldn’t be normal tomorrow. Things couldn’t be normal. Never again. He was a prince.
He bolted again. Tore himself from Jerolin’s grip. Headed out of town. Dodging people. Trying to get away. To be alone. To think. He reached the edge of town and kept running. Down the road. Into the woods.
His foot caught on a root and he fell, face-first, into the dirt. He made no effort to get up. Just lay there as the world spun around him.
His parents weren’t his parents. He was the son of Queen Adelaide and the dead king. The murdered king. Was he expected to return to the castle and kill King Ossian in return? Was he supposed to become king?
Oh, but he hated politics.
{Opening Chapter}
{Add Book on Goodreads}
{Author Bio}
Kendra E. Ardnek loves fairytales and twisting them in new and exciting ways. She’s been or acting them on her dozen plus cousins and siblings for years. “Finish your story, Kendra,” is frequently heard at family gatherings. Her sole life goal has always been to grow up and be an author of fantasy and children’s tales that glorify God and His Word. 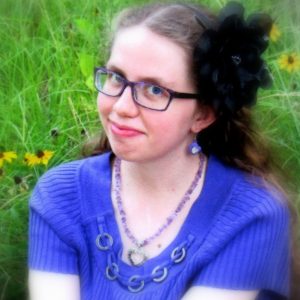