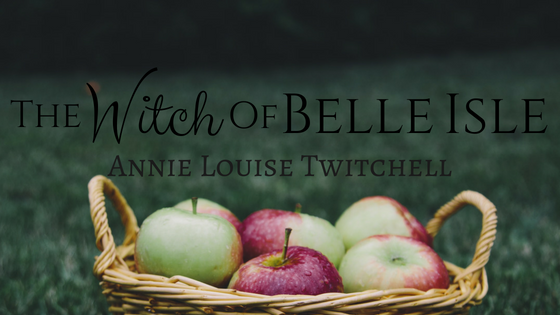 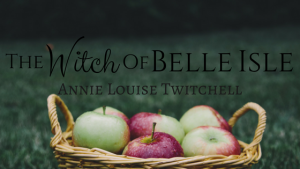 Okay, so now that’s over with…

I have some news.

Rebekah DeVall and I are doing a project.

Two separate projects, actually, but we’re doing them together.

Click here to learn about her half, a story called Death’s Mirror, and read on to hear a little about mine — I’m borrowing the same tag she used, to describe my story, The Witch of Belle Isle.

{Pitch your story with an aesthetic} 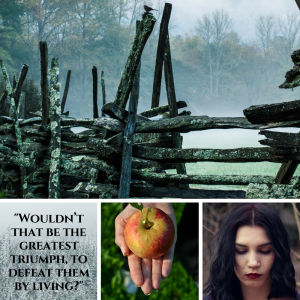 A Snow White inspired historical fantasy set towards the end of the American Civil War.

{Introduce the main character with a line}

The door of the long barracks, the hastily constructed building in which we lived, was open and a ray of sunlight trickled pale fingers inside. The rain had stopped, finally. I dragged myself to my feet and trudged for the door, following the other ghost-like men. This was hell. Hundreds of men wasting in filthy barracks, starving for food, starving for light. Hope seemed too far away, even as I stumbled into the sunshine.

{If The Witch of Belle Isle wasn’t mine, why would I want to read it?}

Okay, I hate answering questions like these. And right now I’m sick with a cold. Here goes:

{If the antagonist were the main character, how would the story open?}

{What am I doing in Belle Isle that is new for me, as a writer?}

Using a real historical place that I’ve had to research myself. The Christmas Ladder is a historical piece, but it’s based on my own family history, and there wasn’t a lot of research involved for it. Spinner of Secrets is only a loose historical fantasy. But The Witch of Belle Isle is a historical fantasy set in a very real place. I’m so used to making things up as I go that sitting down, researching, fitting my story into the boundaries presented by my research–it was a fun and exciting challenge. I’m not a historian, I won’t promise that it’s 100% accurate–but if you’re looking for that in a historical fantasy, then my friend, that’s a different problem.

{What does the main character want to change in their lives/world?}

Henry is a Union soldier in a Confederate prison camp. He’s tired of the fighting, the killing, the death. He wants to go home. He also wants his country to be at peace, but he hasn’t figured out how to make that happen, and in fact he’s kind of given up on it for now.

“Keep hope,” Reverend Morris had told me, day after day. “You’re young and strong. You can beat them still. Wouldn’t that be the greatest triumph, to defeat them by living?”

Reverend Morris hadn’t been particularly old, but he was one of the men whom we were burying.

{You’re stranded in The Witch of Belle Isle~! Who do you go to for help?}

Definitely Faith. She’s full of determination and love and yes, faith. Here’s one of my favorite lines from her so far:

“We should win the war because of the strength of our convictions, not because of magicks and charms. That is no true victory.”

The Witch of Belle Isle and Death’s Mirror are coming out on July 20th, 2018, so be looking for them! You can pre-order Belle Isle on Amazon, here.