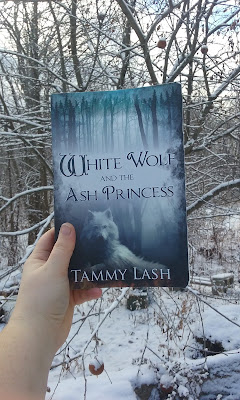 Eighteen year old Izzy’s limited world begins to feel cramped after she completes her self-appointed book dare. After reading two-hundred and fifty books, a thought that had been once tucked away as tightly as the books on her library shelves becomes too irresistible to ignore…Who am I? Memory loss prohibits Izzy from remembering her life before age seven when she was suffered a terrible trauma that left her with intense physical scars. Jonathan Gudwyne and his head housekeeper rescued Izzy and took her in as their own, but who did she belong to before they took her in? Crippling panic keeps Izzy from wandering beyond the stables but Tubs, the Gudwyne’s young stable boy, encourages Izzy to go beyond the property’s rock wall into a world that promises possible answers but also great danger. A scorched castle in the woods and its mysterious cellar filled with secrets sets Izzy on a path to the New World, where she will not only have to face her own terror but face the people responsible for her scars. It is here, in the untamed wilds of the seventeenth century that she finds love and a home in the most of unexpected of places. 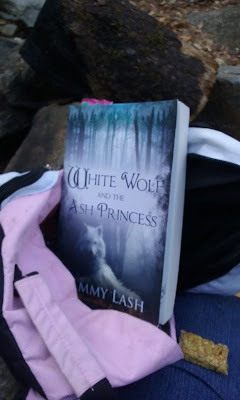 It took me a couple weeks to read White Wolf. Partly because of the POV it was told in – I’m used to first person, but first person present tense was a new storytelling experience for me and I had a hard time getting my brain to reorient and read it that way.

Mostly it took a while because it hurt.

I could relate to Izzy in the first half of the book. Some people have commented that it seemed slow in the first half. I didn’t find that to be a problem, and thus didn’t observe it until I saw it pointed out in some other reviews, because for me, that’s what I lived with years. Time doesn’t work the way it typically does when you’re so scared you can’t leave your room. So yes, it was a little slow, but it wasn’t out of place for the reader I am. It helped me relate to Izzy more because I could just feel the Something looming in a few more pages and that’s one of the things that frightened Izzy, that captiol ‘S’ Something. That was one of the things that frightened me.

White Wolf hurt because I hadn’t seen that side of myself lately. It’s been a while since the fear has that bad, but it was that bad for years, and seeing it again showed me how far I’ve come from where I was. I’m immensely grateful for that perspective. It gives me hope to keep going.

I laughed. I cried. I played Duplos with one hand so I could keep reading with the other (the kid I was babysitting liked the wolf on the cover). I took it up a mountain with me. I threw the book on the couch at one point and went off in tears to wail at Tammy Lash about “how could you possibly do that?” (She sympathized.)

White Wolf is a romance, an adventure, and a journey of healing and self. It’s a story of forgiveness even when it feels impossible. The greatest strength in this book isn’t the characters (who I loved) or the setting (which I adored). It’s in the raw emotion that drips from the pages so strongly you can taste it. I almost wish I could have read it when I was sixteen, but I’m afraid it would have been too much for me at that point. I’m incredibly grateful to have the opportunity to read it now.

P.S. – I hear rumors there’s a sequel. Follow Tammy on Facebook to keep up on that project.

hey love!
I’m so glad you stopped by today. If you want to see more from me, you can sign up for my newsletter, follow my blog, or find me on social media.
I hope you have a blessed day!