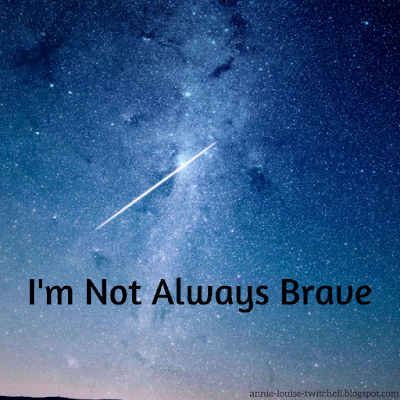 So remember how I did that giveaway for my birthday, where I had both my Kindle e-books available for free on the 13th? I ended up giving away 253 e-book copies of my books, mostly Spinner of Secrets, but a few The Christmas Ladder as well. 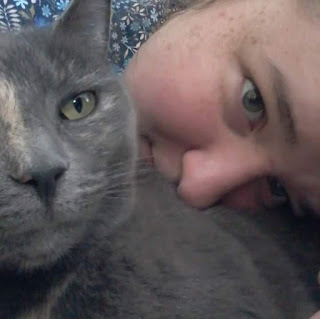 I was going with my dad to one of the elementary schools in his district. I was going to speak to the 3rd, 4th, and 5th grade classrooms, about writing. My alarm was set to go off at 5:45 AM so I would have plenty of time to get ready, and also plenty of time to get on my computer and check to make sure my blog post I had scheduled with all the information about the giveaway had posted, and share it to my social media platforms.

I woke up at 4:30 AM in traditional Annie fashion when she’s nervous, and after a few minutes, decided I could go back to sleep. I turned on my Pandora station (I sometimes have a hard time going to sleep, and music helps) and went back to sleep. Dad heard music playing in my room when he was up at 6:00, so assumed I was up. At 6:40 am I was woken by Dad knocking on my door and asking if I was ready to go.

I jumped out of bed, jumped into my clothes, grabbed my tote bag, my crate of materials, wiggled my shoes on, bolted downstairs, mixed up my iced Chai tea I had started the night before, and dashed out the door, yelling to Mom that I messed up and was super late and AHHHHHH.

The books were still available for free, I just had no way for anyone to know that unless that happened to be the day they happened to look it up. My phone doesn’t have the Facebook app, that’s on my tablet, with no mobile data connection. But I managed to get Chrome open, find Amazon, SCREENSHOT the Amazon page showing my book was free, grab the link, and use Chrome to make a Facebook post saying it was my birthday and my books were for free and so on and so forth. Shared it to my groups and pages and so on, and started to get responses coming in.

Once we got to school and I had some down time before the classes, I was able to get on a laptop and onto my blog, publish the post, and share it on my Twitter and Pinterest.

I talked to the three classrooms, which I was crazy nervous about right when I started, but I did settle down about ten minutes into the first one. I did 4th grade first, then 3rd, then 5th – 4th sang Happy Birthday to me and I got a photo with the whole class. 3rd was a little harder, they weren’t as sure what to do with me and how to interact with me, and I was expecting more response from them, so I didn’t do as much talking as I could have. 5th was an absolute dream. They were interested, they were engaged – I got a question from EVERY SINGLE KID in the class, including the one I was pretty sure wouldn’t say anything. They were all super excited about Spinner of Secrets, but because I wrote it for upper grades, I told them to talk to their parents. I ended up giving out business cards to everyone in the class, because they were so interested in reading it. It was super convenient that it was free, because then the parents would be more likely to pick it up for them. Some of them told me about the stories they are writing, we talked about that – they all got wide eyed when I told them I have written over a million words in the past ten years – they thought five brothers was A LOT…

Since I had a different school the following day, but the same ages of kids, I decided to set my books for free on the following day as well. I had over 50 copies distributed when I got on the computer around one to set that up.

Wednesday was similar, except that I didn’t oversleep, and I took more business cards in with me. I did 5th, then 3rd, then 4th this time, and one of the things I talked to the 5th graders about was being scared.

I told them that I was nervous, even talking to them. I told them about the first time I did a public reading, and how I felt like jelly the whole time. I told them how I walked up to the front of the classroom and had to take a minute to collect myself before I could start talking to them. And I watched as those kids all lit up. I had six of them tell me that they have stage fright too, and they get nervous when they’re in front of people. I told them how I scared myself when I finally published my room, because I hadn’t thought I could do it, and then I did. I told them that I’m still learning how to do things like this.

And they got it. They understood. Somewhere, and maybe not all of them got it, but they understood that you still learn things even when you’re an adult. They got it that sometimes adults get nervous or scared. And they were encouraged by that, that made them feel a little braver. They asked more questions, and I watched some of them start to dream. I could see them wandering as I was talking, starting to dream, starting to wonder, starting to think – maybe I really can do something big, even if I’m small and scared. Maybe messing up isn’t the end of the world. I don’t know how many times I crossed words when I was speaking to them – how many times I had “verbal autocorrect” kick in. I had things I had to go back and rephrase. I had to ask a couple different times if what I had said made sense (it did.) And I watched these kids. I watched them watch me. And I watched as what I had wanted, what I had been hoping for, happened. It connected.

And then on Thursday I had a reading and signing at the library in Carrabassett Valley. I was pretty tired out by then. I desperately wanted to cry but I couldn’t even make myself. I made it through the session and apparently it wasn’t evident that I was exhausted and had a headache, so that was good. 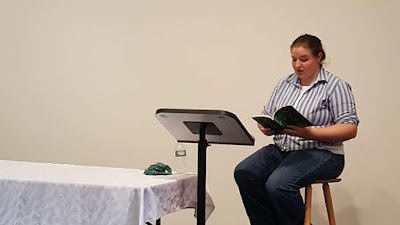 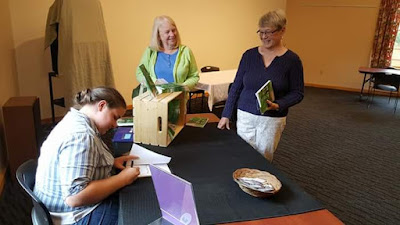 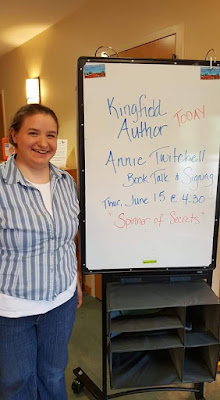 See, I had at least half a dozen meltdowns before this week. I was so scared about the two readings I had, the six classrooms I was speaking to… I was going to be interacting with a ton of people, and I was doing it professionally. I was going to stand there and call myself a writer and an author, over and over again. I was scared that I would mess up, scared that I was just being stupid to even try, scared that I would start crying in the middle of a reading. I was so scared. I had help though; my girls online helped, Missie helped, Hannah helped, my parents helped.

And then at the first reading, when I was answering questions, I was asked one that I hadn’t thought of. One I hadn’t even considered. Hadn’t prepped for.

“How do you keep your joy?”

For a moment, my mind was a complete blank. I had no words. No answers. Nothing. I had nothing.

“How are you always so happy, and you don’t get frustrated with your work, and you’re always so excited?”

I managed to give an answer, one that was good – I give myself a lot of time and breathing space, and if I start to run into it being hard, I stop and go work on something else, and come back to it later when it’s easier. And that is true.

How do I keep my joy?

I keep my joy because I learned that messing up is okay and that saying things backwards like “I’m wearing shirts and sleeveless shorts” is okay and that sometimes stuff happens like a blog post doesn’t get scheduled and you sleep through your alarm. I keep my joy because I know that life throws curve balls, and I don’t make that where my worth is, when my light is. I am light for so many reasons – I am joyful because I have been bought, saved, and I am loved by Someone bigger than the universe that dances in the sky overhead. I am joyful because grace is not a fragile thing. I am joyful because messing up is okay.

I am light because I learned to let myself be dark.

I am brave because I let myself be afraid.

I am strong because I let myself be weak.

I am joyful because I let myself be angry.

I am hopeful because I have been hopeless.

I have been, and am, and will be again, angry and bitter and sharp and scared and terrified and heartbroken and desperate.

And I know this.

I choose to let myself be what I need to be in order to best express who I am.

I keep my joy because that is part of me, I am daisies and sunshine and that soft golden rain you get when it’s raining at sunset. And I’m bright and small and easily frightened by loud noises, and I get nervous when I talk to people because I’m afraid that I’ll mess up or say the wrong thing. I’m scared I’m not good enough. I’m scared that I won’t be enough.

And I’m learning to be me.

Learning that me is enough.

Of course I’ll get better, and more confident, and so on and so forth – but for the moment I am here. And it’s okay to be here. Here is not where I am staying, but here is where I am.