Hey people! I’m really excited to be interviewing one of my friend Petra’s characters. I hope you enjoy this one, I sure did! 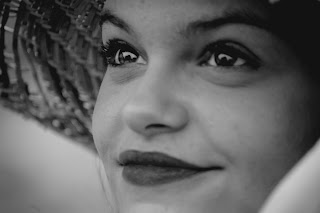 Petra is a chocolate-loving, day-dreaming, Pinterest-browsing writer. She’s a Christian, who’s currently finishing up her high-school diploma through an online school. She enjoys friends, photography, music, academics, running, and anything that has to do with the written word. She’s loved to read and write, from the age that she could hold a book or a pen in her hands… And she’s been avidly pursuing both ever since. You can find her on her scribbling down things on her blog, snapping photos with her camera, or obsessively scrolling through Pinterest. 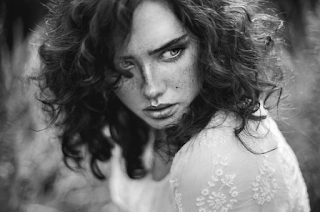 Saylor Philips is one of the millions of young women affected by the devastation of WWI. She was raised alongside her brother by her Aunt, after her father died and her mother was hospitalized for clinical depression and the PTSD that the war gave her. She had her first anxiety attack when her mother received the telegram with the news that her father was dead. This was when she was 5. For 10 years after that, she struggled needlessly with severe anxiety, depression, and the side effects of growing up without her parents. When she was 14 years old, William Godfrey walked into her life and things began to change. She wasn’t bullied as severely at the village school anymore and she found out what it felt like to have a real friend. Fast forward to present day (the beginning stages of WWII)… Saylor’s mental health hasn’t gotten better with time, but she’s matured into a beautiful 18 year old. She’s now living at an undercover school, posed as a nurse for the war effort. In the opening pages of the book, she receives a telegram telling her that William is missing in action. With her graduation and promotion to a spy on the front lines, she manages to arrange for her first mission to be in Amsterdam – where William was last seen. In the meantime, she loves to laugh with her roommate, take walks in the countryside of England, and she adores linguistics. 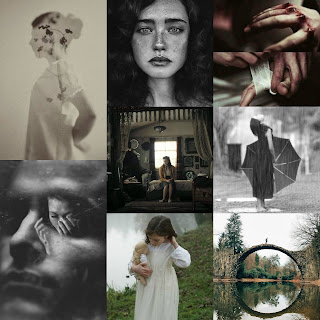 SP: Saylor Philips. Funny story, actually, my mum never gave me a middle name. She always loved my first name, but after she and my dad racked their brains for weeks, they couldn’t think of a second name that sounded right with the first and last ones all put together. So, I’m just Saylor Philips.

ALT: Are you married? In a relationship?

SP: Oh, heavens, no. Well, I’m not married. The relationship bit is a little bit complicated. My boyfriend – who also happens to be my best friend – is missing in action at the moment. I hope to find him very soon and the plan is for us to be married when the war comes to an end. Perhaps when I next see him, I can convince him that we should be married before the end of the war… The war has made me realize one thing: never take a single second together for granted. Live as though it might be your last moment together.

ALT: What was/is your relationship with your father?

SP: My relationship with my father came to an abrupt halt when I was five years old. My mum and I were in the kitchen making biscuits when the telegram arrived with the news of his death.

ALT: With your mother?

SP: The last time that my mum was herself were in the moments that we were making biscuits together, before she knew about my father. She shut down after that and was hospitalized, leaving my Aunt Emily to raise us and provide funds to take care of my mother.

SP: I have one younger sibling, James. I would have had many more, but the war took my parents and their wishes to have a house full of children never came true. James and I have always got on quite nicely.

ALT: How do you fall in love? At first sight? Over a long period of time?

SP: I fall in love at the pace of a slug. Not the nicest image, I know, but it’s true. Because of what happened with my parents and the experience of being severely bullied for several years has made me quite cynical. It takes me months to actually learn to trust someone and years for me fall in love.

ALT: What parts of loving come easily to you? What comes hard?

SP: The elated feelings of a romance come quite easily. I think they do to everyone, to be completely honest. But love isn’t a feeling – it’s a choice. And I’ve had to learn that. I had to learn to forgive my mother and choose to keep loving her, even though I didn’t hear from her once after my father died. I had to choose to keep loving William when he was being frustrating about my mental health. It’s a choice – not a feeling. The feeling comes easily, the choice is nearly impossible.

ALT: If you were granted three wishes, what would you ask for?

SP: 1. That my parents were both alive and well. 2. That William was here by my side, instead of missing. 3. That the war would come to an abrupt end right this moment.

ALT: When you walk into a room, what do you notice first? Second?

SP: Well, with a bit of giggling and blushing, I can admit that if William is in the room, he’s usually the only thing I notice. If he’s not there, I’ll notice what atmosphere the room has. Secondly, I’ll notice how many people are in that room.

ALT: When you walk into a room, what do you expect people to notice first about you?

SP: I expect that it’s my hair, to be completely honest. I have the curliest, darkest hair that you’d ever see.

SP: Short answer: No way. Long answer: The war happened, so I think most people didn’t turn out how one was expected to.

ALT: What really moves you, touches you to the soul?

SP: Children. They’re tiny little humans, with the brain power of a fighter jet. They’re quite brilliant really and they’re as loyal as they come.

ALT: What do you consider to be your special talent?

SP: Linguistics, without a shadow of a doubt. I remember the first Latin conjugation that I ever learned. Languages have stuck with me ever since.

ALT: What are you most proud of in your life?

SP: Definitely my aunt and my brother. But especially my aunt. She’s been the silent strength that’s held this family together. She worked day and night shifts when I was in primary school, just to pay tuition and my mother’s hospital bills. She’s doing it all over again with James now.

SP: Yes and no. I hated school with every fiber in my body. My schoolmates would bully the living daylights out of me. The stabbed me with their words every single day and one time the physical bullying got so bad that my shoulder was dislocated for an entire week. Thankfully, that was the week that William entered the picture and he’s the son of a doctor, so he was able to fix my shoulder. My teachers turned a blind eye entirely to the bullying. I’ve often wondered if the village school was being payed by the government to be an experimental school – one of those schools that allow everything from the students and the teachers aren’t allowed to step in. On the other hand, I loved academics. I always have and I always will.

ALT: Did you graduate high school? College? Beyond?

SP: In England, we do things a bit differently. Especially during the war. I got through primary school, secondary school, and my aunt was going to take on another job to put me through college when an official from undercover school visited and offered to take me on because of my linguistic abilities. I’m just weeks away from graduation and promotion to a mission on the battle front.

ALT: What do you do for a living?

SP: Once I graduate, I’ll be able to send home a check to my aunt. It won’t be much at first, as they virtually payed for my entire program. They haven’t given me an official title yet, so I’m not sure what my position is.

ALT: Have you traveled? Where? When? Why?

SP: I haven’t ever traveled before, aside from going to London a few times. The first time was with my parents, when my little brother was born. My grandmother lives in London and she wanted James to be born near her home. My parents complied and we went to London for my mother to give birth. The second time was with Aunt Emily for a job interview. The headquarters of the company she was applying for was in London and that was the branch that they interviewed people at. She dropped James and me off at our grandmother’s house and went for the interview. The most recent trip was after I was enrolled in this program. I needed to go to a formal dress fitting and it just happened to be in London. In a couple of weeks, I’ll be traveling to Amsterdam to search for William and begin my first mission as a graduate.

All character owned by the author. Used with permission.