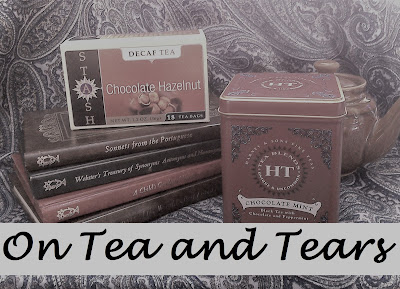 There I was, sitting in my room, working on my computer. I was writing a blog post. It was not going so easily. I had a vague idea of what I wanted to say and no good words coming to mind. I was about to be done and go start laundry instead, because laundry is much more co-operative. I know better than to force words when they don’t want to talk.
Then my brother knocked on my door. “Annie, you have a package out in the shop.”
I got super excited until I realized – what the heck? I placed an order yesterday, it’s not here today.
“It’s from Amazon.”
Now that really didn’t make any sense. The order I made yesterday wasn’t from Amazon.
“I’ll be right out!” I actually beat him out to the shop. After testing the package to make sure it was safe to open — I’m kidding. I grabbed it and stabbed the tape with a pen and found two boxes of tea and the following note:

And then I started crying.

See, last week I finished the first draft of The Importance of Blood. I posted this on my Facebook page: 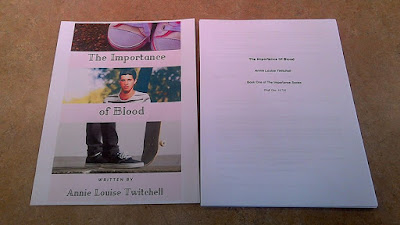 It’s been approximately three weeks and I have a document that is 16,750 words long and it’s a finished first draft. I can start the second book (which I’m dreading more than the first one) at any point. It’s going to have to wait until after the weekend and I may see if it will wait until the end of the month – I’m a little afraid it won’t though.

I can’t decide if I want to laugh and do a happy dance, or curl up in a corner and cry, or do both. I’m really proud of myself for sticking to it and finishing it, yeah, I have scenes and content to add in but the bones are all there and it’s a solid, finished, first draft. I need snuggles, hugs, and hot chocolate though because it was not a fun time, doing it. 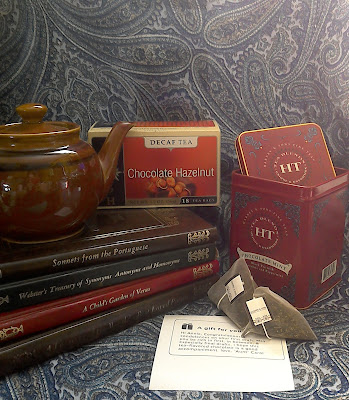 I just started crying out there in the shop, and somehow managed to collect my tea and notes and make it inside. I sat there and cried for a while, while my cat and her niece purred and wished I would pat them instead of drip salt water everywhere.

It meant so much to me to get the tea, especially after this past week. I had a long, stressful week, full of doing new and unfamiliar things. (I also was told twice by two different people that I ‘kick butt’ and am ‘awesome’.) I got to Saturday night and I had a wicked bad headache, which was cured by lying in bed and watching The Princess Bride twice, back to back, ending at 3 am. I had a couple meltdowns on Sunday as well, and another headache – it’s been months since I’ve had two headaches back to back. I tried all my usual things to fix it and finally just gave up and watched Hotel Transylvania twice, back to back – within the first half hour of the first time time through, my headache was gone. That was familiar. I knew that. It was safe and familiar and it was going to be okay. Breathing space.

And then I got to today and went to work doing my normal stuff – starting working on The Importance of Stars. Did some beta reading. Worked on my blog. Yelled at the cat for chasing my rabbit. Watered my house plants. I fell into my normal routine of familiar and unfamiliar, in safer and more comfortable proportions.

And then I got the tea. And I just started crying.

See, I have a hard time remembering myself. So it always confuses me when other people remember me. I had over fifty people at my eighteenth birthday and graduation party, and that still confuses me, almost two years later. I spend so much time in my head but sometimes I forget that I have a head, that it’s more than just a huge drawing board full of ideas and words and thoughts. Sometimes I forget that people like me too, not just my words. Sometimes I forget that I like me too, not just my words. I had such a hard time getting it pounded through my thick skull that people wanted to be around me and wanted to be friends and wanted to do stuff with me, outside of my work. I spend so much time inside my head that, while I never forget there’s a world outside of it, I sometimes have a hard time coming back to it and finding it again. (Reason number 216 why I love having my rabbit in my room – she throws her food bowl around and makes noise so I remember to get up and feed her, and additionally, feed myself.) If I didn’t have a daily routine the way I do, with an hour working in the shop, walking the dogs, cooking lunch and dinner for the family – I would get lost in my work a lot more than I do. I would start to drown in it. Because I still have a hard time remembering myself. And I’m working on it and getting much better than I was two years ago, or even a year ago. But sometimes I need a reminder and getting the tea today, and the note… it was the perfect timing. 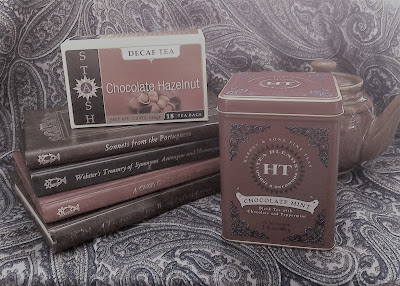 If you’ll excuse me, now I need to go make some tea.