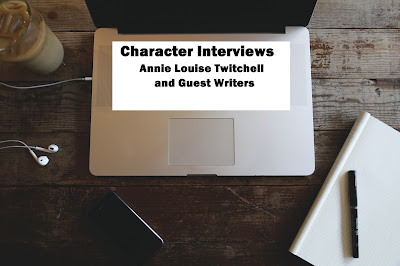 Alyssa Clark has always considered herself a writer. From an early age she’s always written colorful and unique stories. Some of her works have even received awards throughout the years. She is currently working on her novel Queen of Light, and is hoping to be done with her final draft in the next year. She is creative and outgoing, setting to redesign the fantasy genre with her twists on well known fantasy elements. 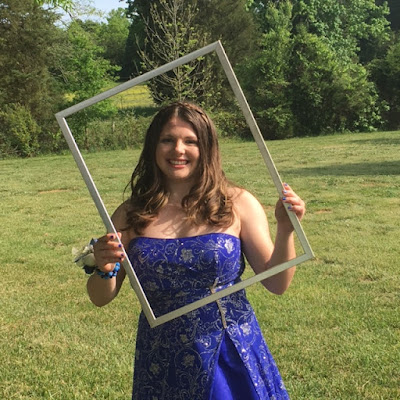 Today I’m interviewing Roselyn Anora, a character by Alyssa Clark. Alyssa is one of my online writing friends and I love seeing snippets of her work. I’m really happy to share this with you.

ALT: When were you born? What season, sign, etc?

RAA: I am the Queen of Light. I rule in the Kingdom of Light. I make sure all the angels in the kingdom are taken care of, as well as my followers in the mortal world. It’s a heck of a lot of responsibility.

ALT: Do you have children?

RAA: Yes, I have two beautiful daughters, Corinth and Hannatine

RAA: I most certainly hope I did. I never met either of my birth parents. A long time ago I vowed to live my life for them, to make them proud. They were humans and I was an angel, so I’m sure they never expected me to become the ruler of all angels. I hope they’re proud of me. There’s no honor higher than being the Queen of Light.

RAA: One thing I’ve always wanted was a normal life; I got the exact opposite. I love being the Queen of Light. I’m one of the two most powerful beings in the universe. But sometimes I think about if I wasn’t born an angel, if I was a normal girl instead. Would I have both my parents? Would I have been a more outgoing child? Would I have less caution and more trust? I know it’s no use pondering hypotheticals right now, but it’s a nice thought sometimes. Human worries seem nonexistent when you’re trying to protect the whole universe from darkness.

ALT: What is one physical attribute you’re proud of?

RAA: I used to hate my white hair, but it’s grown on me now. It’s a beauty that many don’t appreciate. But I think having white hair is a unique beauty.

ALT: What is one physical attribute you would change?

RAA: Sometimes I wish I had more curves and womanly attributes to my figure. Gavreel, my husband, tells me I’m stunning the way I am, but like other women I want to be attractive in the eyes of the world. I don’t think of it as often as I used to, but the thought pops into my mind every once in awhile.

ALT: What’s the worst thing you’ve ever done? Why?

RAA: The worst thing I’ve probably done was a have a child with the King of Darkness, my demon opposite. Don’t get me wrong, I love my daughter very much, but in the eyes of many people it was a sin to have a child with the King of Darkness. But I did it with probable cause. I won’t get into detail about how the world is falling apart and crumbling, but the only way to save it was to create a child who could control darkness and light. It was the only way. I never stole, cheated, broke the law, or anything like that. I had a child with the being who’s supposed to be my rival, but what was I supposed to do? Sit and wait for the universe to collapse?

ALT: What are you most afraid of?

RAA: That one day I’ll wake up and my family and everyone I love will be gone. That the balance between darkness and light is tipped toward the dark end. If that ever happened I’d have to protect a lot of people from a danger I don’t even know if I can stop.

ALT: What’s the most important thing in your life? What do you value most?

RAA: The most important thing in my life is my family. I love them so much. They support and love me no matter what. I value them so much. My life has been one crazy mess, but I still ended up with a family in the end, like a normal person.

ALT: What was/is your relationship with your father and mother?

RAA: I actually never met my father. Apparently I lived with him until I was about two, but around that time Minami Nolan, who was a close friend with my mother, decided she would raise me instead. My father lived in poverty, from what I heard. After my mother passed away he spiraled into depression, drinking and smoking to ease his pains. As a result he became broke. We were forced to live on the streets, though I was too young to remember. I don’t hate or resent my father. We never met. But I’ll still always be Vincent Griffiths’ daughter. With my mother… I was told my mother died not long after I was born. I’d only seen her in pictures. Of course I looked nothing like her, but nevertheless she was pretty. She looked so happy with my father. A long time ago I made a commitment to live my life for her, to make her proud. Even to this day I still miss her, but I hope she looks at me and my life and smiles. Everyone makes mistakes, even the Queen of Light. So, hopefully, to her, the good outweighs the bad.

RAA: I don’t think I have any siblings. My father disappeared after Mimi (that’s what I used to call her) took me in. He might have had other children beside me, but if he did I’ve never met them.

ALT: Were you overprotected as a child?

RAA: Most definitely. Mimi was very strict. She’d worry when I climbed trees as a kid. We lived in a small cottage in the woods on the outskirts of a small market town. I was rarely allowed to leave the property, and when we did, Mimi always accompanied me. I had little interaction with kids my age, which explains why I read a lot as a kid. The Kaiser’s weren’t as overprotective as Mimi, but they too were strict. One time I wasn’t even allowed to leave the house without Ethan or his son Ismus as a escort. They were so worried something would happen to me in the city. Now I look back at these memories and laugh. Because I did the exact same thing with my children. But to be fair, most queens wouldn’t let their princesses roam the kingdom streets.

ALT: Do you see yourself as intelligent? Uneducated? Brilliant?

RAA: I’ve had broken education throughout my life, but I’m definitely not an idiot. I’m wise and have a large amout of knowledge about many things. You don’t always need a formal education to be great, and I am a living example of that. A girl who went to public school for less than a year and was homeschooled by different people still grew up to be a queen.

RAA: I was enrolled in public school for the first time when I lived with the Kaisers. Mimi homeschooled me, so entering a large high school as a freshman for the first time was no picnic. But overall I enjoyed my experience, even if I didn’t even finish a whole year there. It was a nice change from what I was used to. I love to learn. School was the perfect place for me. I feel bad my daughters are stuck being homeschooled like I was. But being a mother means you have to make tough decisions.

ALT: How do you react in stressful situations?

RAA: When I was younger, I would get mad and upset in stressful situations. I used to yell, cry, and hole myself up in my room. Now, I normally take a walk to clear my head. I try not to let myself get too overwhelmed with the responsibilities of a queen. And of course my husband, Gavreel, is a big help. He makes sure I never get too stressed out.

ALT: What is your idea of perfect happiness?

RAA: Perfect happiness would be a world where I could be the Queen of Light and actually enjoy being queen and not have to worry about the King of Darkness’ evil plots. I could spend more time with my daughters and even visit towns of the kingdom more often. I want to seem like I’m an approachable ruler. If only that was the world I lived in. My job would be a breeze.

ALT: When and where were you happiest?

RAA: I’m quite happy where I am now. I have a loving husband and two beautiful daughters. But when I was fifteen the place where I was happiest was living with the Kaiser family. After my adoptive mother died, Ethan Kaiser, a police officer at the time, graciously offered to take me in. I loved it there so much. Their house was full of love and warmth. They really treated me as if I actually was their daughter. And though I was only there about a year, my life hasn’t been the same since. They really showed me what a family was and I’ll forever be grateful I was able to be called Roselyn Kaiser.

ALT: What is your greatest regret?

RAA: My biggest regret in life would be not following my heart when it came to love. I’ve grown to love Gavreel over time, but initially I didn’t. I was in love with Ismus, Ethan Kaiser’s son. Yes, he was my adoptive brother, but we had this connection I’ve never had with anyone else. My first love, my only love was Ismus. We dated for a bit of time until queenly duties got in the way. We were so happy together. We probably fought more than other couples, but we were both passionate people. I regret not staying true to my heart and marrying him. He would have made a great king. But being royalty I had to marry an angel, not a human.

ALT: How would you, if you could, choose to die?

RAA: I know one day I’ll no longer be the Queen of Light and my eldest daughter will take my place. When my soul finally gives out, I want to be in the castle with my family. I’ll smile and tell them how much they meant to me, that my soul will guide them in their journeys without me. No blood, no heartache, just peace.

ALT: What is your motto?

RAA: Don’t underestimate what you’re capable of. I know that sounds cheesy and all, but it’s true. I never thought I’d amount to much being an outcast in society. Turns out I was so much more than anyone ever predicted. So never doubt yourself. We’re all made to do something in this world.

ALT: Best way to cheer you up?
RAA: My family always cheers me up. It’s hard to be sad when you have two darling girls making silly faces at you and making up stories about their father just to make me feel better.

ALT: One last question. You’re the kind of person who:

RAA: I’m the kind of person who always keeps moving. No matter what life throws at me, I push on. I’ve been knocked down so many times in my life, but I’m still here going strong.

Characters are the property of the author. Used by permission.