It’s really going to throw me for a loop if/when I redo the cover for this. I’m so used to this cover now… 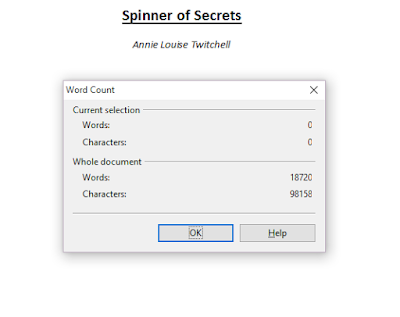 With the ninth draft having 18,720 words, I’ve started sending it around to a handful of people for reading and editing help. One of my friends really enjoys editing so I emailed it to her, but I use Open Office for my word processor, and she uses Microsoft Word. Word doesn’t like to talk to Open Office and won’t open the document. I’ll have to get Dad to help me do the thing so it’ll work. (Because I don’t remember what the thing is.)
Also, I was emptying a laptop case that someone gave me a long time ago and I found an unopened, brand new, 16 GB flash drive. I guess I have another flash drive. Since my current one is 2 GB and the new one I got for Christmas (it’s a Minion) is 8 GB, this is a big upgrade.
And in completely unrelated news, we have three horrible little beasties AKA The Kittens.
Elli disapproves and has been spending a lot more time in my room because they aren’t allowed in there because that’s her space. 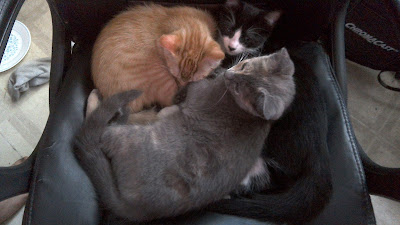 Jester is the orange one. Poet is the black and white one. And Phantom is the muted calico. They’re Elli’s niece and nephews, but Elli is not impressed with being an auntie. 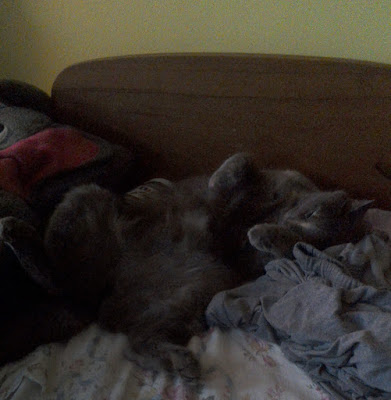 Ever had a depressed cat? They’re a particular sort of creature. Elli was feeling depressed. So she came and found me and demanded snuggles and this was how she looked when we were done. That is a no-longer-depressed cat. 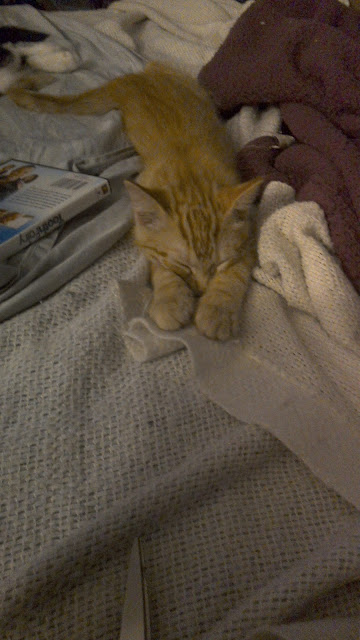 Attack of the sleepies…