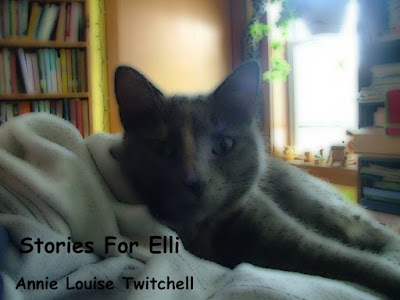 This was another 300 word prompt. I have fun with them, although it’s kind of hard to take one idea and have it stay small. It’s a good writing exercise. 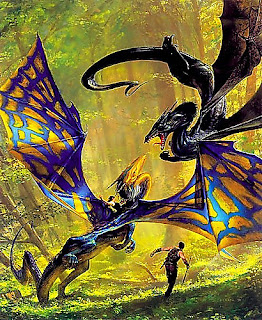 Running through the forest on my way home, I found a pair of dragons engaged in battle. Beasts of legend, we had always been taught that light ones were good and black ones were evil. I had no reason to mistrust this teaching, until the light dragon sought to seize me and use me as weaponry against the black dragon. The black dragon and his rider strengthened their attack and soon beat the light dragon and her rider back into the forest.
I started to run in the opposite direction, but the black dragon caught me and folded me up in gentle wings. His rider dismounted and came to fuss over me. I cowered away from the man’s figure, covered in black robes, and he laughed softly. His laugh was the gentlest, kindest sound I had ever heard and I stopped struggling in order to listen. He put a hand on my forehead.
“Do not be afraid of the night, child. Many good things are concealed under her mantle. Evil is not bound to light or darkness, but passes freely between the lines and masquerades as any number of good things. Learn to sense the evil for itself, and trust the darkness.”
Copyright 2016 by Annie Louise Twitchell